Checking in with a quick weekend update!

Starting with our sunroom.

Back when a little storm named Beryl rolled through and our patio furniture was forced to seek shelter inside, we had a casualty: 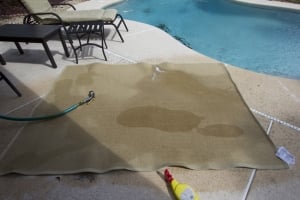 Truth be told, our sunroom has been rugless ever since.

I was seriously considering going with a FLOR rug, mainly from a practical standpoint. I was digging the neutral woven look of the ‘Look Both Ways’ pattern in Grey: 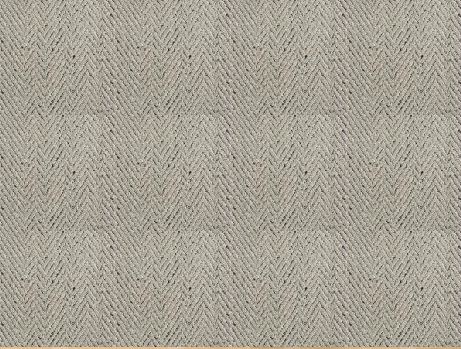 But the total came to $170 shipped for a 5×7, which isn’t the cheapest solution.

Then I found this charcoal beauty from Rugs USA… 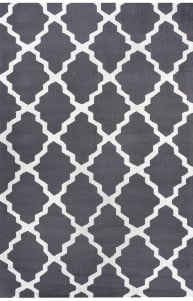 I was mesmerized. And at the time it was 35% off with free shipping for a total of $145 shipped (after you entered the coupon code).

To narrow things down, I did a quick photoshop: 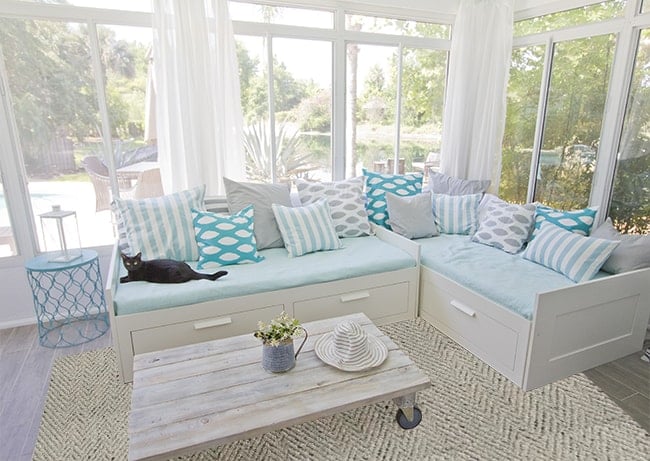 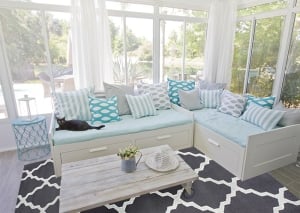 I think either would have been a perfectly acceptable solution, but I was still drawn to the charcoal.

Before I made my final decision, a Rugs USA groupon miraculously appeared and I was sold:

Then when I went to purchase the rug, I found out the price had dropped even further, making my total exactly $235.

$0. Scoooooooore. The only stipulation—it’s on backorder for another month. But I figure we’ve waited this long already, so what’s another month? I’m anxiously awaiting its arrival.

Next order of business…

We bought a boat.

Well, sort of. Brad’s coworker’s mom happens to be our neighbor and had an old paddle boat stored away in her garage that she was willing to donate to us. Yay, a free boat…. 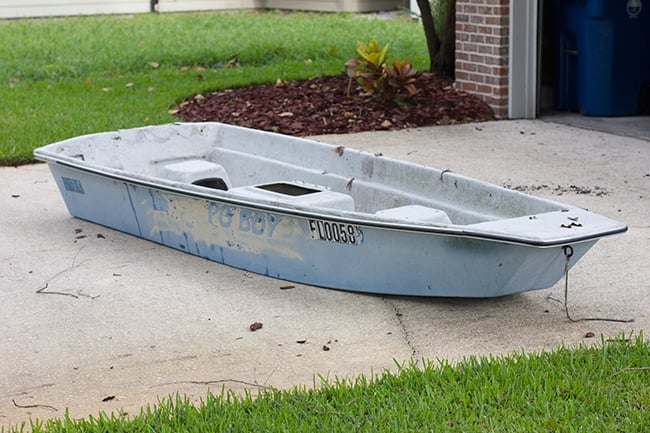 It was in pretty bad shape, and first had to be pressurewashed….

We then had to spend over $100 on seats and miscellaneous hardware to dock it. It’s also leaking so we have to fix that next. And so the perils of boat ownership begin… I am not thrilled with this scenario but I can’t deny Brad his toys.

Here it is all ready to be launched: 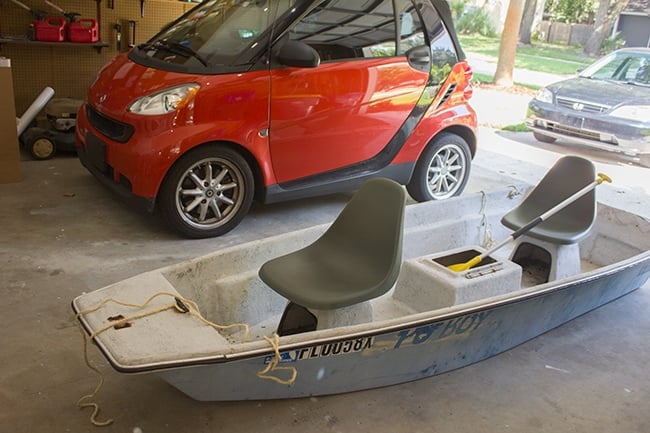 Our smart car makes it look like a beast, ha.

We took it on her maiden voyage in our backyard pond the other night, which I have to admit was fun. It was neat seeing our house from a new perspective: 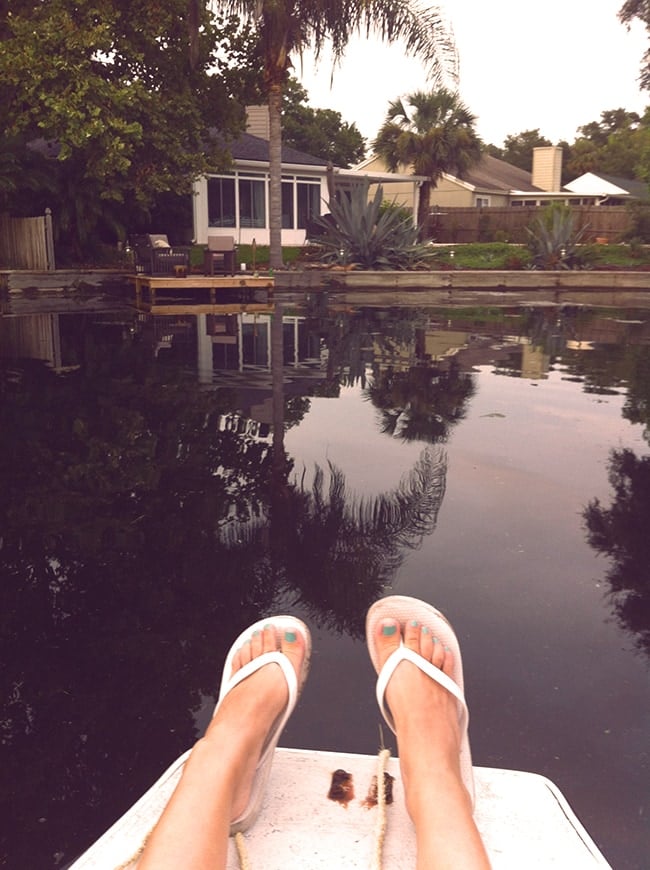 Currently the boat is lying upside down against the fence. We’ll see if it ever even gets used again… sigh.

And finally, I am excited to start on a new project that has been bugging me for a while. The dining nook. 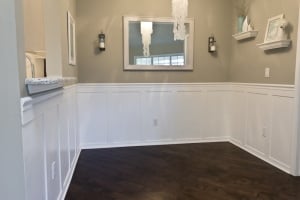 There were a couple spots where the paint had chipped and I tried to fill it in with the new can of paint but it didn’t match (remember when I had to repaint the foyer because of this? Yep, same thing here).

See the color difference where I painted over a patch? Not going to fly. 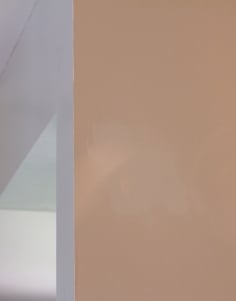 This time around though, I wanted to spruce it up. I’ve been eyeing wallpaper/stencils for many months but never figured out a good area to try it out in, and this seemed like the perfect space for my first attempt.

After weighing my options, I finally settled upon this pattern: 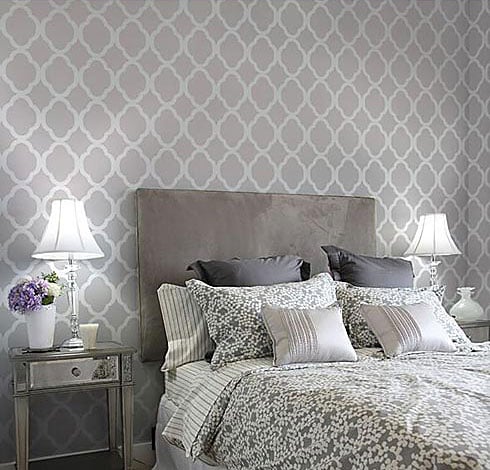 I loved the simplicity and elegance (and of course the fact that it kinda matches my new sunroom rug).

It comes with the ceiling and single piece, which I thought was necessary. 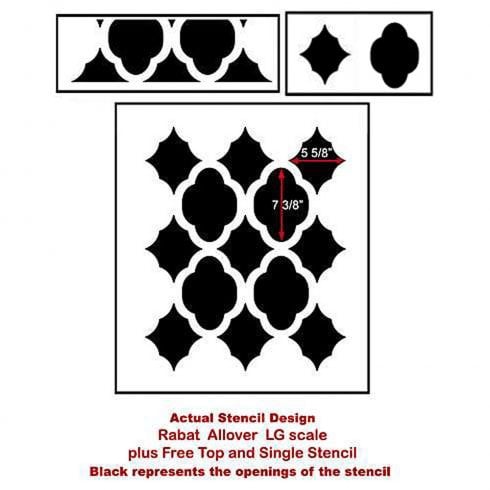 I purchased from cuttingedgestencils.com, and found a 20% off code (no longer active) which brought my total to around $40 shipped. Yes, I could have DIY’d, but I think that would have been a nightmare. I don’t trust myself to freehand something of this caliber and have it turn out the same. $40 is worth it! Especially since I can re-use it in my next house.

The one somewhat annoying part about this type of stencil is that your current wall color will be the line color, and you’ll essentially have to repaint most of the walls again. I wanted my background color to be what it currently was with white lines, so I had to repaint everything white first. 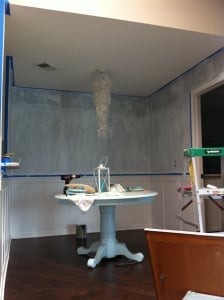 And here it is now after a few coats: 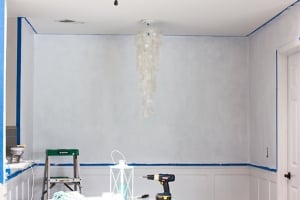 The good thing about this is that no one will notice if the area where the lines are painted is 100% coated in paint. You can see I have some minor patchy areas where the paint didn’t completely cover, but once the main color goes up you won’t be able to tell. 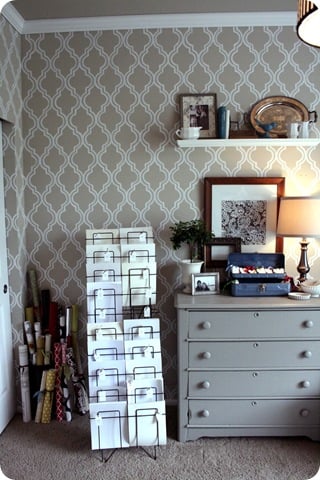 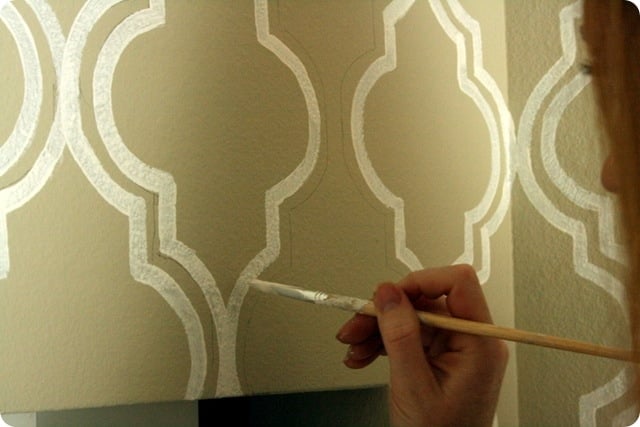 But you can’t even tell from a distance.

I’m hoping my dining room will have a similar look once its finished. I think it will be a fun change to our currently plain-walled home.

The stencil should be arriving within the next few days so hopefully I’ll have a weekend update with the results.

I also have new plans for this wall on the right… 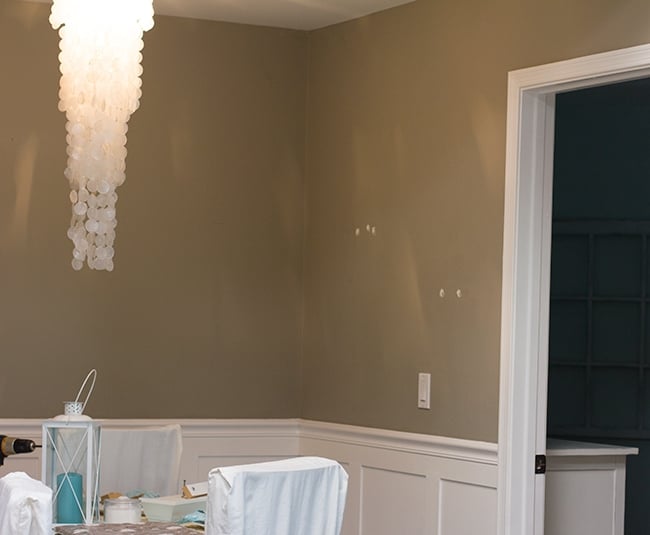 This Martini sign caught my eye while on Pinterest and sparked some ideas. I’ve also discovered a new technique for DIY sign-making, so I’m super excited about this next project. Be back next time with some dining room progress!